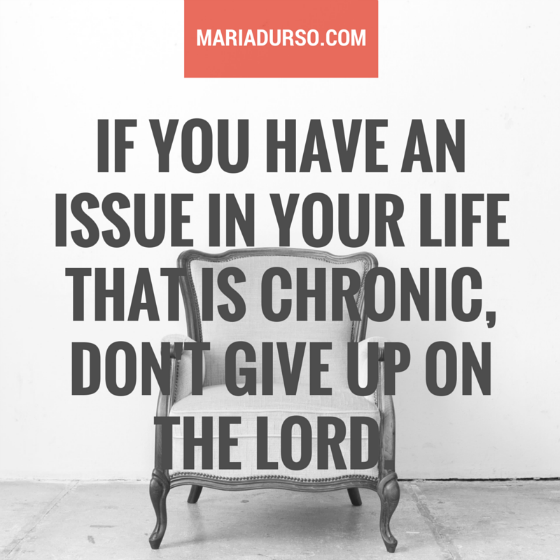 This week I want to encourage you with a word on barrenness.

I am going to read a verse of Scripture from 1 Samuel 1 in the Message translation.

But her rival wife taunted her cruelly, rubbing it in and never letting her forget that God had not given her children. This went on year after year. Every time she went to the sanctuary of God she could expect to be taunted. Hannah was reduced to tears and had no appetite.

It says that this went on year after year.
How many times? Every time she went to the sanctuary she could expect to be taunted.

I want to share the difference of how it says it in the New Living Translation.

And though he loved Hannah, he would give her only one choice portion because the Lord had given her no children. So Peninnah would taunt Hannah and make fun of her because the Lord had kept her from having children. Year after year it was the same—Peninnah would taunt Hannah as they went to the Tabernacle. Each time, Hannah would be reduced to tears and would not even eat.(1 Samuel 1:5-7).

It says that the Lord had given Hannah no children. Her womb was closed.
This was a chronic issue.

No matter how long you are going through something, weeping endures for the night but joy comes in the morning. It says this went on year after year whenever Hannah went up to the house of the Lord.

Her rival provoked her until she wept and could not eat. A little background about this wonderful woman of God named Hannah. Hannah was a woman who loved the Lord with her whole heart. And even though God did not give her any children, Hannah was still faithful to God.

The Bible says year after year.

Not only did they worship God every day and every week, but every year they would make this trek to go and sacrifice unto the Lord.

They also celebrated and rejoiced with other believers. Even though Hannah worshipped God year after year, God did not answer her prayer. Like anybody else, when there is barrenness or a need–you would cry out to God. Hannah had a connection with the Lord, but year after year there was never an answer.

Heaven was silent concerning this situation, but that didn’t stop Hannah from going up to the Tabernacle. In those days barrenness was equivalent with leprosy. A leper had the privilege of living in a leper colony with their own kind. They could not dwell in the land. That’s how it was in those days. But Hannah lived right in town where everybody knew that she was barren. If you were barren, and if you had no children–everybody knew about it.

People thought, “Was it God’s judgement on your life? Did God want to end her lineage? Was there some sort of hidden sin? Was the fact that she was married to a priest, a sign that he was too holy for someone like her?”

There was a stigma attached to barrenness. There was hopelessness attached…there was shame and there was humiliation.

The Bible says in this case it was the Lord who closed up her womb.

And because Hannah was barren, God allowed her husband to marry so his priestly lineage could go on. As if Hannah’s situation wasn’t awful enough, she’s barren, her husband loves her with all his heart, but she cannot carry on the family name. So he goes and gets another woman.

The Bible says that this woman went up to worship the Lord with them.

To add insult to injury, Peninnah becomes part of this painful equation. The Bible says that they all went up to the Tabernacle year after year. ALL. (One big happy family). And instead of Peninnah comforting Hannah, she was vindictive. It says she taunted her cruelly. Peninnah had children but Hannah none. Peninnah is a regular baby making machine. Commentators believe she had six or seven children. The Bible speaks about all her sons and daughters. So Penninah must have been a part of this painful equation for at least eight to ten years.

Year after year, Hannah would go up to worship the Lord, but guess what? Mean old Penninah went alongside of them. And I want to say this, just because people go to worship doesn’t make them worshippers. Sometimes people come to church to show off.

Penninah was cruel and vindictive. And now, Shiloh the place where the Presence of the Lord is, the place that we’re supposed to go to get some sort of relief was just a reminder that she was barren. Her pain was not only confined in Ramathaim where she lived, but it followed her all the way to Shiloh. Shiloh should bring her relief, but everywhere she went–her pain was sure to go.

The Bible 1 Samuel 1:9b one day Hannah stood up.

One day after all those years and all those tears Hannah stood up. She gets a sanctified aggression. She says enough is enough. One day faith replaced discouragement in Hannah’s life. One day a light went on. If God did it for Sarah and Rachel, God could do it for her.

She runs into the Tabernacle, a place where women were not allowed to go. But isn’t it amazing that Eli the priest was sitting. Because he was sitting he misjudged Hannah’s cry.

Side note: isn’t it true Satan loves when we’re sitting down when we should be standing up. He loves when we sit down and we have low expectations. He hates when we dare get out of our seat and get into the Presence of the Lord and take the authority we need to take.

Hannah stops crying over what she doesn’t have, and she starts crying out for what she could have. She was never the same again. This was war. Because she took a stand God gave her exceedingly and abundantly so much more than she could ask or think.

Hannah asked for a son but God gave her a prophet.

Question: Is there anything in your life that is barren? Have you given up on the Lord for those things He has yet to answer?