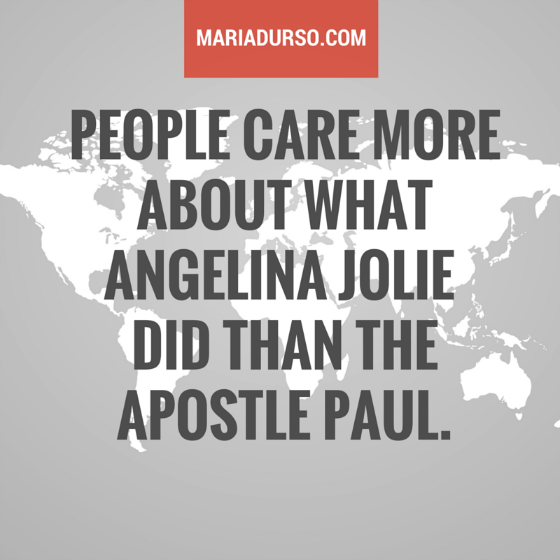 In order to reach the average person, the content wouldn’t be able to appear too dark because the average person doesn’t really like darkness. The enemy would have to come up with a whole new marketing technique. This mass produced darkness would have to be packaged very differently. In the past evil was always presented as dark and sadistic, but in the twenty-first century evil needs some cosmetic surgery.

It could no longer be the face of the lives of Charles Mansion, Ted Bundy, or even an Adolf Hitler. As a matter of fact, it would have to seem as the polar opposite. It would have to be presented as light—such as people doing good works. People seeking peace.

The Bible talks about gates in hell. The gates in hell were like the gates of cities in the older days. They would meet have meetings about what was going to go on in the city. The Bible speaks about these gates of hell, and it tells us that they will not prevail against the church of Jesus’ Christ. Nevertheless, the enemy is tireless. He’s always having board meetings. This group of demons come up with new plans to reach the masses at the present time, and the present day and age.

The enemy is thinking that the people of the world are so star struck. People care more about what Angelina Jolie did than what the Apostle Paul did.

It’s just a fact of the matter.

The enemy wants to cloak deception in celebrities that will take the world by storm. Celebrities, who better than them to be the voice of wisdom crying out in this world in this wilderness to a world that’s seeking hope and peace and purpose?

In 2 Timothy 3, the Apostle Paul was writing to Timothy who was the pastor in Ephesus. We know that 1 and 2 Timothy are connected to Ephesians because Timothy was the pastor. It seems there were these naive women they were inviting false teachers in their homes.

Women that had already been saved.
Women that already had contact with this church.
Women that were probably members of the church.

All of a sudden, they get caught up with these spiritual fads. The teachers called themselves truth, and the women started to invite them into their homes and to entertain them.

My purpose today is to ensure that we are wise women, not naive women. Women of the Word.

Let us never invite these false teachers inside our homes by the click of a remote to deceive us. This is hands down the most dangerous and diabolical scheme ever. If I were a demon at the gates of hell, I would be giving my fellow demon a high five. This is a home run for hell because it’s perpetuated by someone who the world has grown to love and trust.

You know, it’s one thing for Tom Cruise and John Travolta to believe in Scientology, and Madonna’s into Kabbalah, and Shirley MacLaine had a past life. They were small potatoes. But Oprah? She used to have 15 to 20 million viewers a day. What makes this so dangerous is that she probably thinks that she’s doing a good thing. Oprah’s thinking is to share her favorite things. She just thinks that this just happens to be one of them so she wants to share her favorite things of the world. All of this is repackaged lies.

I’m not an Oprah hater. I really do not believe she realizes how deceived she is. What in the world are we thinking?

It’s just the resurgence of Satan’s grand line that we know better than God. The new age system and their belief system claim that they’ve been lightened. They say their minds are opened. We’re the ones who have been enlightened, right? The light of Christ has entered in us. We have no light a part from Christ.

The Bible says in Ephesians once we were darkness but now we are light in the Lord (Ephesians 5:8). We’ve got the Rock of Ages. This is so dangerous because man is defining who God is and in turn they are defining who man is.

If you redefine God you have to redefine man.

In the twenty-first century that seems so narrow minded. It is narrow-minded.

Let me leave you with some verses to encourage and strengthen you:

But there were also false prophets among the people, just as there will be false teachers among you. They will secretly introduce destructive heresies, even denying the sovereign Lord who bought them—bringing swift destruction on themselves. Many will follow their depraved conduct and will bring the way of truth into disrepute (2 Peter 2:1-2, NIV).

They perish because they refused to love the truth and so be saved. For this reason God sends them a powerful delusion so that they will believe the lie (2 Thessalonians 2:10-11, NIV).

But even if we or an angel from heaven should preach a gospel other than the one we preached to you, let them be under God’s curse (Galatians 1:8, NIV)!

Don’t let anyone deceive you in any way, for that day will not come until the rebellion occurs and the man of lawlessness is revealed, the man doomed to destruction. He will oppose and will exalt himself over everything that is called God or is worshiped, so that he sets himself up in God’s temple, proclaiming himself to be God. For the secret power of lawlessness is already at work; but the one who now holds it back will continue to do so till he is taken out of the way. (2 Thessalonians 2:3-4, 7, NIV).

Question: What in the world are you currently thinking? Are you being deceived? Do you know the Truth?