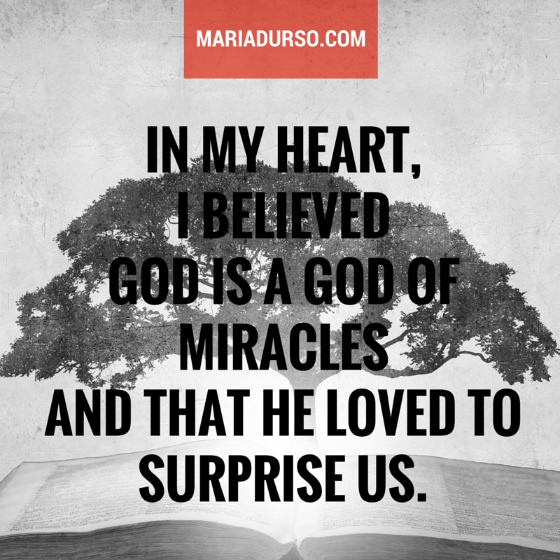 This past Sunday, Pastor Willie Alfonso spoke at Christ Tabernacle about his new book It’s A New Beginning: How to Turn Setbacks Into Comebacks.

I am happy to share an excerpt below on forgiveness.
It’s very powerful.

“After I got saved, I told God that I didn’t want to forgive my father. Although I had asked Nancy’s father Nacho for forgiveness—this was way more difficult. I believed if you fool me once—shame on you. But if you fool me twice—shame on me.

My dad did many evil things to me as well as to the rest of my family. As a new believer, I knew what the Bible said about forgiveness (see below).

Matthew 18:21-22 says, “Then Peter came to Jesus and asked, ‘Lord, how many times shall I forgive my brother or sister who sins against me? Up to seven times?’ Jesus answered, ‘I tell you, not seven times, but seventy-seven times.’”

I knew I was supposed to forgive my father—but I couldn’t. I couldn’t bring myself to forgive my dad for the monstrous atrocities he caused. I believed if I forgave him that it would let him off the hook for everything he’d ever done.

I was bitter.
But I knew the verses from Matthew didn’t lie.

I had just attended a conference on forgiveness when my mother called to tell me about my father. It was winter time. He was opening up a window to his apartment to let some of the heat out. As he was standing there, he had a brain aneurism. He fell down unconscious behind the sofa and landed with his face and shoulder on top of the radiator.

My sister went to visit my dad. When he didn’t answer the door, she called someone from housing to let her in. That’s when she found him lying unconscious. He was there burning for three days until she found him.

My dad was in a coma.

He was in the hospital and wasn’t expected to survive. I knew my mom’s calling wasn’t a coincidence. If I was going to forgive my father—now was the time. But I wasn’t ready yet. I didn’t know if I’d ever be ready. I struggled all day.

Should I go to the hospital? He never came to visit me in the hospital. Why should I visit him?

I made up a thousand and one excuses as to why I shouldn’t go.

In Puerto Rican culture, it’s culturally appropriate to say Bendicion to your elders, which simply means Bless me. In return, they say, Que Dios te bendiga y favoresca, which means May God bless you and favor you. Culturally, not to say Bendicion to an elder is the ultimate insult.

That was the first thing my sister said when she saw my dad.

Bendicion, she said again. Instantly my father woke up.

We gasped.
I was shocked.

Tell him about me because he’s going to die and go to hell, I felt God say to me.

Why don’t you chop down every tree on earth and send it down to hell to make the fire nice and hot for my father? I said back to God.

The same hell You want me to send all those trees to make it nice and hot for your father—is for you too. The only reason you’re not going is because of Me.

God had spoken. Twice. I was undone.

When I started talking to my father, I couldn’t stop. I told my father that I forgave him for what he did to me and the family. Then I shared Jesus with Him.

I gave my father an invitation.

I told him to move his head or his hand if he wanted to accept Christ into his heart. He moved his hand. Right then I knew God answered my prayers. Minutes later my dad slipped back into a coma and died later that night. We buried him the next day with the dignity he never gave us.

The day I forgave my father I felt an incredible weight lift off my shoulders. If I thought God removing the monkey of drugs off my back was a giant weight—this was the ultimate weight. I never felt so much freedom in Christ and in my ministry as a pastor.

I was pleasantly surprised to learn that forgiveness wasn’t just for the other person—it was for me first, and then my father! My heart agonized so much over the previous twenty-five years. He never lost sleep over what he did to me, but I certainly did. I experienced many sleepless nights thinking about my father and how he could do such evil things. How was I just supposed to forgive this man who used to beat me? Who threw my mother out of a window? Who fathered many children around the world? I finally let go of all the bitterness I held against my father.

In my heart, I believed God is a God of miracles and that He loved to surprise us. I believe I will see my father in heaven someday.

Question: Is there anyone God is asking you to forgive right now? Write their name down, forgive them in your heart, and pray for God’s direction.

Copyright © 2015 by Willie Alfonso, All Rights Reserved. Purchase a copy of It’s A New Beginning on Amazon here.

« Be Quick To Mend Fences
Are you offended? »