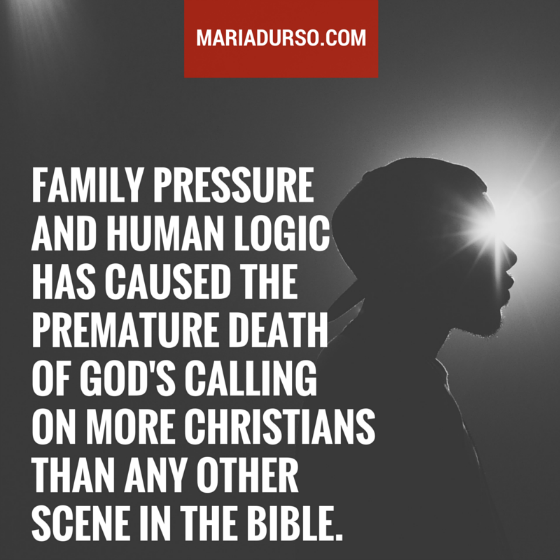 When God calls us to do anything for him, we tend to focus on what we will have to give up instead of what we will gain. Usually the call of God seems like a subtraction, but in reality it’s a multiplication. God more than compensates for anything we forfeit for Him.

If you look on a map, Harran is the half way point between Ur and Canaan, the Promised Land. I give him a B- because Abraham left 98% of the people from Ur of the Chaldeans, but he didn’t leave his father’s household. He gets an F. He didn’t make it to Canaan and settled in Harran. Another F.

Question: Have you ever experienced the death of God’s calling in your life?

« Are you a University of Faith Graduate?
What Propels You? »