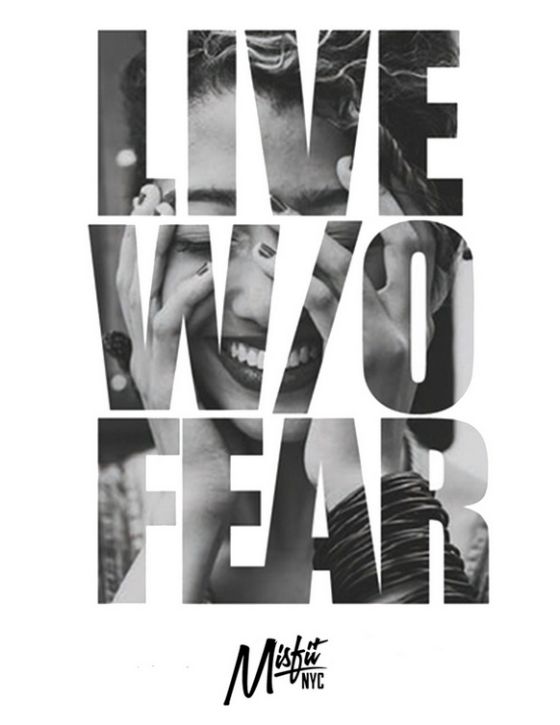 How would you describe yourself in one word? Before you answer, I want to share a story with you.

This weekend, I had the privilege of speaking at the Misfit Conference to the youth of New York at the Salvation Army Theater along with Jentezen Franklin, Chad Veach, Rich Wilkerson Jr., and my son Chris Durso. It was a powerful moment to see so many young people pouring their hearts out to God.

It was a full circle event for me.

Before I became a Christian, I used to get high on the sidewalks outside the same theater. But, this time I was proclaiming the name of God. Not in a million years would I have thought that God could use me to help set others free. God had to first set me free so that I could tell others about the Good News of the Gospel.

The whole world is saved they just don’t know it. He died for everyone. Did you know that? Jesus died for the sinners and the misfits. This includes anyone who has ever felt like they don’t fit in. Now I want to ask you the same question again. How would you describe yourself in one word? Would you say misfit, forgotten, or outcast? What about chosen, loved, or…warrior?

God is making a warrior out of you!

But there is hope!
God knows you feel like you don’t fit in because He set you apart for Himself.

Remember Jonah? He ran away from the presence of the Lord. Jonah was afraid to obey God because it wasn’t the popular thing to do. He didn’t want to stand out in the crowd. He wanted to blend in. To be normal. Instead of trusting that God had a plan, and that He was chosen by God to carry out that plan—he ran away.

Being held captive by fear is worse than being locked up inside a fish for disobeying God.

Remember Joseph? He got locked up not once, but twice for obeying his God sized dreams. Only instead of being locked up or thrown overboard by strangers—they were his brothers.

Friends, God can handle your fears.
Take it from me.

It has taken me take a lifetime to learn to live without the fear of what other people will say when I obey God. I want to encourage you to not forget to leave room for God’s favor and grace. After Jonah was spit up on dry land, he preached one of the greatest sermons of all time and saved an entire city. After Joseph was put into prison for the second time, he interpreted a dream that not only saved all of Egypt but the Jews from extinction as well.

God knows the task He has given you.

It may not be popular.
It may cause you to stand out and feel like a misfit.
It may even cause you to get you kicked out, locked up, or shut up.

“God still causes us to be ‘locked up until faith’ is learned. Our own nature, circumstances, trials, and disappointments all serve to keep us submissive and ‘locked up’ until we see that the only way out is…faith.” (Streams in the Desert).

Question: What is God setting you apart for? Are you willing and able to live your life without fear knowing God has chosen you for Himself?

« Do you need prayer today?
What is real worship? »