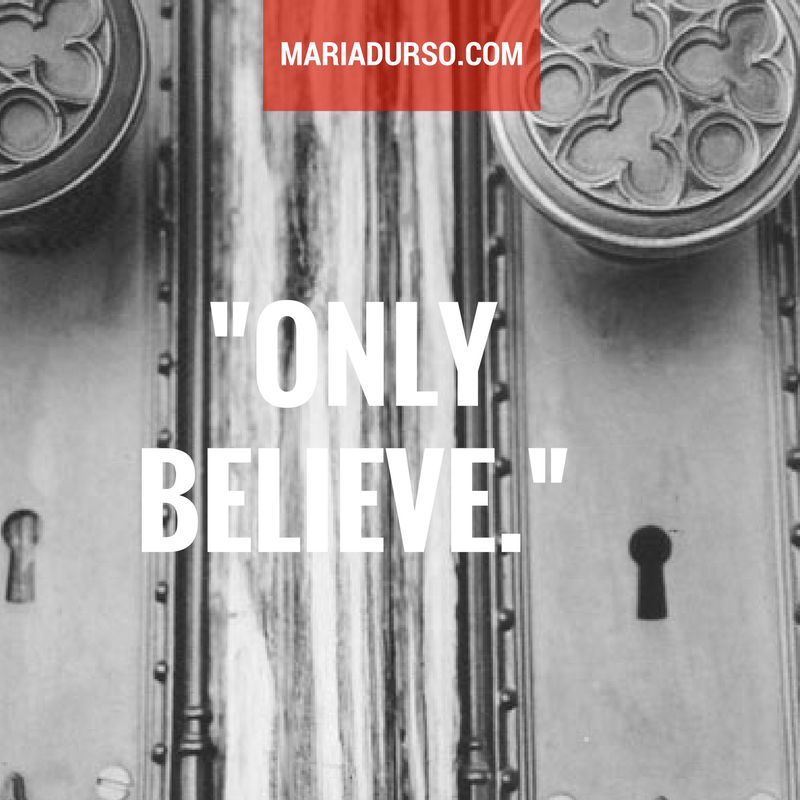 The word “ONLY” has an air of exclusivity about it. It’s a word that stands alone, has no friends and is in a class by itself. Unquestionably the best–incomparable and unequaled. The word “BELIEVE” means to accept as genuine. To regard as truth of what is said by someone.

In Luke 8:41-51 there’s a heart wrenching story about a man named Jairus, a synagogue ruler with power and prominence over the local temple but had no power over his present situation.

His only child, a 12 year old daughter lay dying. He has “ONLY” one choice and that’s to get to Jesus.

As they are on their way to the home there is traffic, “people traffic”. Crowds in need of a miracle just as Jairus’ daughter was. The clock is ticking, and as they finally approach the house, news comes.

“Your daughter is dead. Do not trouble the Teacher.”

As Jesus overhears the news, He says,

“Do not be afraid; only believe, and she will be made well.”

Jesus gives Jairus no other choice.

Those in the house laughed at Jesus’s response. In the midst of trouble, Jairus is surrounded in his own house with negative influences and cynics. But he decides to step away from the negative talk and step into the room with Jesus, locking out all unbelief. What a picture of faith under fire.

In 2017 let’s lock Jesus in our situation, lock unbelief out and “ONLY BELIEVE”!!!

« Blessed Are You Who Are Highly Favored
Just Ask »