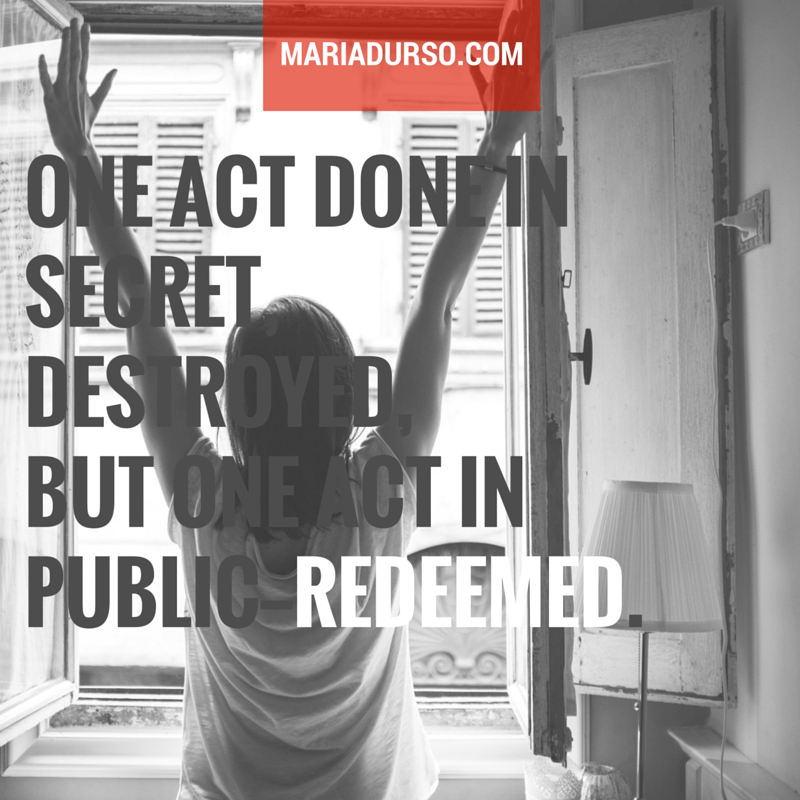 Although it was not Tamar’s fault, it would seem that she could be blamed by her accusers for going to his sick bed. I’m sure there will be rumors or suggestions in the air. Is that what her father King David thought? Is that why he never addressed this heinous crime? Why won’t she speak up?

That king—King Jesus—gave us back our identity as daughters of the king so we will be no longer desolate. So that we can speak up!

« Did I bring this on myself?
Peace Without Prayer »