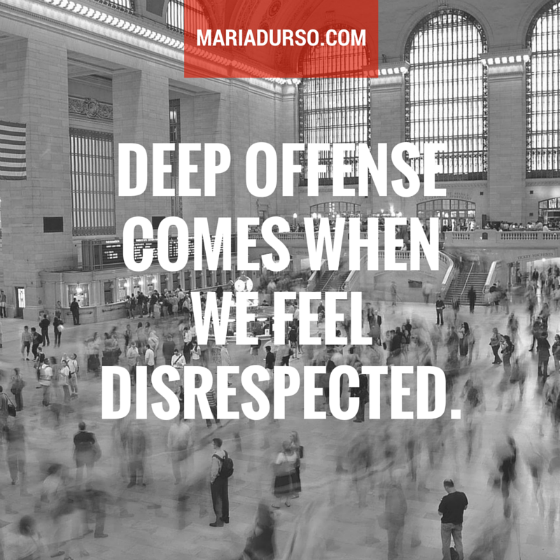 In other words, it’s easier to get inside a city that’s barricaded with armored guards than to reach someone who has been offended. Let’s look throughout the Bible to see how holding on to offense wrecked the call of God on so many people. This individual had great potential to change his surroundings, but instead he caused great destruction, all because of offense.

At the beginning of John 12 it is six days before the Passover and Jesus is invited to be the guest of honor at the home of Martha, Mary, and Lazarus. There is going to be a great celebration because Lazarus was brought back from the dead, and Jesus brings His disciples. During the dinner Mary unexpectedly takes out a pint of ointment, worth a year’s wages, and pours it on Jesus’s feet.

The Bible says that Judas became indignant.
He was offended by Mary’s actions.

Why in the world would Mary’s pouring perfume on Jesus’s feet offend Judas?

Well, I thought long and hard about this, and then it struck me: Judas was the treasurer. He was in charge of anything valuable—everybody knew that! He constantly carried that money bag on his side. Being the treasurer was his identity!

How dare this Mary, this woman, this layperson who wasn’t even an apostle, bypass him and go straight to Jesus! How dare she not ask Judas’s permission or his opinion about how the expensive ointment would best be used!

The Bible says that the devil put into the heart of Judas—the unguarded heart of Judas— the thought to betray Jesus. See, now the devil has taken Judas captive to do his will. Judas then betrays Christ, betrays his call, forfeits his anointing, and hangs himself! (See Matthew 27:5.)

Hanging on to offense is spiritual suicide.

Hanging on to offense prevents God’s Spirit from working in us, and it hinders His Spirit from moving in our midst! Judas finally received the recognition he wanted from the grimy religious leaders, but once he got what he thought he wanted, he realized how empty it was. He was looking for recognition from the wrong source.

« Get Connected
Welcome to Your {New} Spiritual Life »