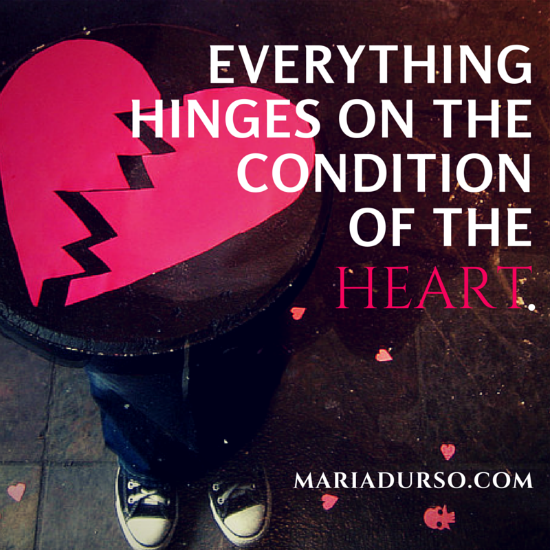 According to human standards, Mary’s life was anything but perfect.

If favor means everything is handed to us on a silver platter, then the angel lied to Mary. She was nearly dumped by Joseph until an angel intervened and spoke to Joseph in a dream. She was sent far away to the hill country to her cousin Elizabeth’s house to hide her growing belly. (I wonder if that started the trend of parents sending their unwed pregnant daughters far away because they were ashamed.)

She also had to ride eighty miles on a donkey a week before her due date.
Ouch!
That couldn’t have been fun.

And Luke 2:6 says “while they were there” (Where’s “there”? Eighty miles from her loved ones!) she goes into labor.

There was no room at the Bethlehem Comfort Inn, and there were no midwives, no boiling pot of water, and no sterile rags. There was nothing but a carpenter—a fiancé who was there to help deliver a baby who wasn’t even his—and hay soaked in urine and the stench of manure, which is so symbolic of our condition when Jesus is born in the stable of our hearts. The baby was born in subpar accommodations. The baby of “highly favored” Mary, the “King of kings,” was born in a stinking stable.

And to add insult to injury, Jesus isn’t on the earth for five minutes before there’s a war between the two kingdoms. There’s immediate chaos because Herod the king wants to kill the King of kings.

Mary barely gets a chance to catch her breath before there is a threat on the child’s life. Mary and Joseph have to find refuge in Egypt, not exactly a welcome place for a “good, respectable Jew.”

No grandma and grandpa to coddle and dote on Jesus.
No baby or wedding shower.
No family to help Mary out during this season of “favored” Mary’s life.

But get ready, there’s a change a comin’.

Joseph and Mary must have been ready for some much-needed encouragement. Joe and Mary get back to the family. They go to the temple to dedicate their baby on the eighth day in accordance to the law requiring every firstborn male to be consecrated to the Lord. Perhaps there was a small dinner prepared for them after this joyous occasion. So as the courageous couple stands holding in their arms the hope of the world, whose care was placed upon their shoulders, a voice arises within the room and a word of prophecy is given. Finally, good news—a word of encouragement and affirmation to the faithful couple.

A public acknowledgment goes a long way, doesn’t it?

We can go through just about anything as long as we know God is pleased with us.

It’s a bonus when He confirms His pleasure to everyone we know. But the word wasn’t anything like what Mary and Joseph were expecting. The voice cried out and spoke directly to “highly favored” Mary:

“This Child is destined to cause the fall and rising of many in Israel and to be a sign which will be spoken against, so that the thoughts of many hearts may be revealed” (Luke 2:34–35, mev).

But then the prophet Simeon drops a bomb on “highly favored” Mary:

“And a sword will pierce through your own soul also” (v. 35, mev, emphasis added).

Notice it doesn’t say a sword shall pierce your mind.
No, it says your heart.

Hasn’t Mary’s heart been pierced already? And isn’t this a contradiction? Doesn’t the Bible clearly state that she is blessed among women? If that is in fact true, and we know it is, the lesson we can learn is that we should never judge who is blessed and who is not by outward circumstances!

Don’t ever judge who is blessed and who is not by the type of car they drive or by the amount of money they have in the bank.

The neighborhood you live in doesn’t define whether you are blessed or not, nor does the size of the rock you wear on your finger. The obvious point is this: “blessed” people also go through major struggles that cause their hearts to be pierced or ripped to shreds.

Major bitterness could have set in Mary’s heart after hearing that a sword, a bitter cup, a trial was coming that would pierce her heart. She had experienced a lot of disappointment since she said yes to God’s will. And now these painful words were being spoken through the mouth of a prophet?

The state of Mary’s heart was in jeopardy.

[Tweet “Everything hinges on the condition of the heart.”]

Oh, how Mary needed to protect her heart. As a woman thinks in her heart, so is she!

Bitterness of heart will make the weight of a trial too heavy to bear. But Mary didn’t become bitter. The Bible tells us in Luke 2:51 that Mary treasured these things in her heart! And because of the condition of Mary’s heart, Jesus grew in wisdom and stature, and in favor with God and with man (v. 52).

« Hot For God
The Battlefield of The Heart »